Banking as a Service: What it is and why it will change banking forever 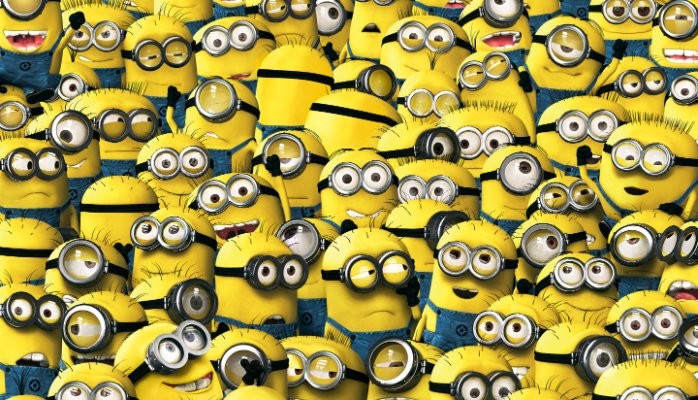 Numerous articles are currently being published about Banking as a Service (BAAS) and Application Programming Interfaces (APIs), and how the banking industry will be transformed. However, it is very easy to get lost in jargon, excessive IT talk and comments about the topic that are vague. I set myself the challenge of trying to explain this topic in the simplest way, so that non technical people like me can understand it.

What is an API

The best way to explain an API is by using an analogy. Let’s imagine that you need to enquire about the cost of a TV from a Turkish salesman, but the person does not talk English. You could try to learn the language. This might take quite a lot of time, so you decide to hire a translator to communicate. You ask the question through the translator, who gets you the price that you wanted to know.

In this example, if you had decided to learn turkish, that would represent the old way of coding. However, you chose the new way of programming. The translator represents as an API interface to the Turkish salesman. To expand on this example, it might be that you want to ask about the price of the TV from a few more people that talk different foreign languages. In these case, you might need to use other translators as your Turkish translator can only do English to Turkish. So we might end up hiring translators for all required languages. By gathering all of this information, you’d be able to pick the best price for the TV. In the IT word, each of these translators would be an individual API.

Moving now to the Digital world, let’s look at a hotel / flight comparison engine such as Kayak.com. Kayak needs to talk to different hotel / flight providers to get availability and prices. So they connect to the different APIs from the different providers to fulfil your query. Each API talks to a different flight booking system. They can then aggregate all the information, and display a summary of results so that you can pick the best without needing to shop around for hours. The tendency to build APIs has been happening with the rise of the Internet and Mobile apps for a while now, but it is now flourishing in the financial services industry.

In the past, banks have taken long amounts of time to build systems. They have spent millions coding them, and integrating their systems with 3rd parties has been very laborious. Currently, the approach is changing, thanks to APIs. New financial service start-ups want to build solutions fast, at a low cost, and by collaborating with other firms.

They create APIs, symbolically saying “here are the keys to my service, please come in and help yourself, together we can create something bigger”. So for example, if I sell e-commerce platforms, and I want to offer a cheap payment system using multi-currency, I could decide to use an API from a provider such as Stripe. This would save myself a lot of coding hassle, and having to establish partnerships with several merchants in different geographies. By using their API, I would be able to offer full multicurrency payments and enquire to Stripe about Account balance, Charges, Customer details, Transfers, Refunds, etc. just by following their reference guide. Even easier, I could skip reading the reference guide if I decided to use an out of the box connector from a firm such as Mulesoft. By using the API, I would still be able to control fully the way that my customers see my webpage and mobile app, but I would not need to create complex code or even involve them in my project.

Financial technology companies (Fintechs) offering APIs demonstrate being open for collaboration. When different services are connected together, bigger products can be created. Ideas which were never imagined can come to life. This is a partly why the App Stores of Apple and Android have become so popular, by allowing people to build apps freely on them.

Let’s suppose you are a small company (such as Nymi) offering a bracelet that has got Bluetooth connectivity and a heart monitor. You could work for months coding in order to incorporate a few credit card providers so that you can pay with the bracelet. This will take time and money. However, if you created an API, allowing everybody to connect to your bracelet, then anything can emerge. The bracelet could be used to pay fares on the Underground, replace security passes at your office, and even authenticate yourself when you call your bank.

Creating a challenger bank out of APIs

Challenger banks wanting to develop their services fast can use APIs for this purpose. A great product has been created by Fidor called FidorOs, which is a white labeled solution based on API services. Customers can either choose to use their own Core Banking system, or use Fidor’s Core Banking Module to setup a bank from scratch. Then there are APIs to deal with a profusion of activities, such as Analytics, Scoring, Identity Service, Loyalty, Community and 3rd party management.

How banks can use APIs

APIs can be used by both bank or fintech partner. For example, let’s suppose that a bank wants to connect with Paypal. On the bank mobile app, the Paypal API would allow customers to see funds available in Paypal and detail of the transactions that have been done. This is would be useful to enrich a statement which just reads Paypal on the bank statement. On the Paypal app, an API created by the bank would allow Paypal users to see their available balance. So before executing a payment, the customer would know which account or card to use, based on available balances. To take this a step further, another company such as Supercard might decide to integrate both the bank account details and Paypal, to decide how to pay for a transaction when the Supercard is used, based on a set of rules defined by the user.

The danger of opening up

Incumbent banks have got a double dilemma. On one side, there is a clear need to upgrade their core banking systems. On the other side, they need to decide how much they open themselves up to the rest of the world through APIs.

Banking core systems have been built over decades, and have got a high level of complexity. If they had been created nowadays, a completely different architecture would have been chosen. Upgrades and maintenance of these systems are costly, and every change to the system requires a lot of testing due to the huge risk of getting things wrong. Some banks consider these systems a competitive advantage. Some banks have invested more than others and given epic names to their systems, such as Santander’s Partenon system and Lloyd’s Galaxy. The thing is, there are companies right now that are prepared to build better systems, that are easier to innovate on and are future proofed. A good example of this is the operating system called VaultOS built by ex-googlers, which keeps a ledger of transactions using blockchain technology, a technology that records all transactions into a permanent online database.

Regarding opening up, banks have been reluctant to do this, and are only starting to do this because of new regulations being introduced. I believe the main fear experienced is that banks may become commoditised. A third party that connects to all banks would be able to check best interest rates and fees, and propose the best current accounts, savings and lending deals. The third party could create a killer app with the best user experience, and negate the need to even connect to the traditional banks. Therefore, the bank would then be losing the relationship with the customer, which translates into loss in profits.

Even though it will take a lot of courage, sooner or later banks will need to upgrade their core banking systems and open up to third parties. The future looks brighter for customers with the introduction of transparency.

The potential of APIs

In a future where APIs and BaaS have taken over and openness is the norm, I can imagine us using great apps.

As a retail customer I can see us:

Business customers would be:

The evolution of banking has begun, and I believe that in a few years we will have an incredibly improved management of our finances and daily lives. In a similar fashion as taking a taxi with Uber has become a pleasurable experience, soon managing our money and payments will become exciting too.

Subscribe to Fintech in a Flash to get our daily updates. Fintech in a flash, financial technology made easy.